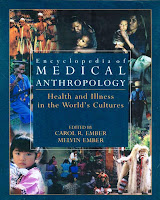 Illness and death are significant events for people everywhere. No one is spared. But medical beliefs and practices are not the same everywhere. How people understand the causes of illness and death and how they cope with these events vary from culture to culture. It is not surprising therefore that medical practitioners and others are becoming increasingly aware of the need to understand the influence of society and culture on medical belief and practice. Culture— the customary ways of thinking and acting in a society—often affects the outcome of illness, and even which illnesses occur. So those who are actively engaged in studying health and illness are coming to realize that biological and cultural factors need to be considered if we are to reduce human suffering.

The professional medicine of Western cultures has been called “biomedicine,” because it mostly deals with the biology of the human body. But biomedicine, like the medicine of other cultures, is also influenced by conditions and beliefs in the culture, and therefore reflects the value and norms of its creators. So, if biomedicine is socially constructed and not just based on science, its beliefs and practices may partly derive from assumptions and biases in the culture. For example, it used to be thought that some people refrained from drinking milk because they were ignorant.

Now, biomedicine realizes that the avoidance of milk is a rational response to the likelihood that drinking milk results in diarrhea and other discomforts in people who lack an enzyme (lactase) that allows easy digestion of the sugar in milk (lactose). Anthropologists were the first to realize that drinking milk would cause serious problems for many people. The anthropologists’ fieldwork in other cultures around the world revealed that people in many places that have milking animals must sour the milk before they can drink it, to reduce or eliminate the sugar in it that would otherwise make them sick.

The Encyclopedia of Medical Anthropology was prepared under the auspices and with the support of the Human Relations Area Files, Inc. (HRAF) at Yale University. The foremost international research organization in the field of cultural anthropology, HRAF is a not-for-profit consortium of 19 Sponsoring Member institutions and more than 400 active and inactive Associate Member institutions in nearly 40 countries. The mission of HRAF is to provide information that facilitates the worldwide comparative study of human behavior, society, and culture.