Modern Anthropology and its Political Agendas 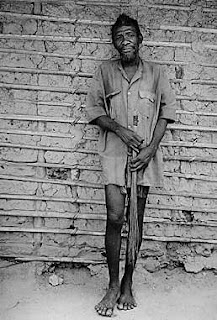 Modern Anthropology and its Political Agendas
Anthropology is the study of man and how mankind evolved throughout history - although these days anthropology encompasses much more than that; indeed, today it covers nearly all areas of human life. In some ways, anthropology has overreached.Anthropology and RaceIn the past, anthropologists talked and wrote about the various differences between the human races. But after World War II that became much harder to do, since after that war descriptions of racial differences came to be viewed as "Nazi-like" in much of Western society.Sadly, in the Western countries today, the field of anthropology is filled with professors who either deny or downplay the significance of racial differences in humans. Those professors insist that race is either meaningless or nearly so, and that race is merely a social construct instead of a key physical feature. They insist that a person's environmental surroundings, not his race, is the central factor in whether or not he is successful in life [note: there is a lot of evidence suggesting that genetics play a vital role in human intelligence and therefore human success] [1].In other words, modern anthropology has become "politically correct," and is therefore frequently driven by leftist political ideas and not by scientific facts.[2] Additionally, it has been noticed by more than a few experts in the field that the transformation of anthropology from science-based to politically-driven was engineered largely by genetically-Jewish people within the field, beginning with Franz Boas and continuing with Ashley Montagu and Stephen J. Gould. The writings and lectures of those popular figures played a key role in the transformation of the field to largely-egalitarian-driven [3][4].[read more about Jews below]. In fact, it was Jews who were the key to the marginalizing or weakening of the physical part of anthropology. Without the ongoing efforts of Jewish activism over many decades, anthropology would still focus heavily on race. Or, to put it another way, Jews have attempted to reshape anthropology into something it was never meant to be - i.e., a vehicle used to promote human equality - and they have largely succeeded. Race-denying-or-downplaying anthropologists will, presumably, pass their views on to their students, and those students will also presumably pass on such ideas as well, and so on, which makes the race-denial matter more significant than it otherwise might be. In fact, we predict that, in the not-too-distant future, the field of anthropology will contain very few professors who hold "traditional" views about racial differences in humans, and therefore, anthropology will soon be nearly free of mentions of race and will adopt other, more benign terms in place of "race." That, we believe, will eventually result in the idea of race all but vanishing from Western society, since race-deniers within society will then be able to use race-free anthropology as "scientific proof" that race doesn't really exist. Such a society will then be more-or-less a Marxist society, because its framework will be right out of the Frankfurt School's lesson books [that infamous school sought to make all humans appear "equal" to the next one] [5].Therefore, we believe that it is very important that the field of anthropology encourage the practice of talking about and writing about racial differences freely and openly, without any limits on what can and cannot be discussed. Further, we feel that race should become a central subject in the field of anthropology.Continuing on the issue of anthropology and race, we also believe that, given the significant role played by the Jews in shaping modern Western culture, anthropologists should reclassify the Jews as being a race, i.e., a race via historical inbreeding. We suggest that Ashkenazic Jews - i.e., most of world Jewry - are so historically inbred that they are, in fact, a race, just like Blacks are [granted, such a race description would not apply to part-Jewish people or gentiles who converted to the religion of Judaism]. There are Jewish genetic traits and diseases that support our belief that the Ashkenazic Jews are a race and not simply an ethnic group. Such a reclassification of Jews as being a race could help gentiles to better understand Jewish behavior in the Western countries.Anthropology and Sexual DifferencesJust as modern anthropology frequently denies or downplays racial differences, it often denies or downplays sexual differences as well, especially in the cultural areas of anthropology, where it is easy to classify male and female behaviors as the result of environmental factors rather than physical ones [6].Regarding sex roles, we would like to see Western cultural anthropologists address the strange matter of how and why White women were geared towards marriage, child-rearing and family life for many centuries, but in the last 40 years have been encouraged by Western popular culture to not engage in those family pursuits but to instead pursue "careers." This seems very unnatural from both an evolutionary and a historical standpoint. We think that such a sudden and radical reversal of female roles in Western society warrants many dozens of books to be published on the subject. Women are not men, yet they have almost become men in a short period of time [socially, at least]. Isn't that an important anthropological feature? Do sex roles in a society usually change so quickly, historically speaking? Is such a change good for families? Is such a change good for children? Will such a change cause long-term problems in society? These are important questions to ponder.We hope that anthropologists and anthropology students carefully consider what we have said on this page and use the resources found on this website when they do so.

Email ThisBlogThis!Share to TwitterShare to FacebookShare to Pinterest
Labels: Anthropology